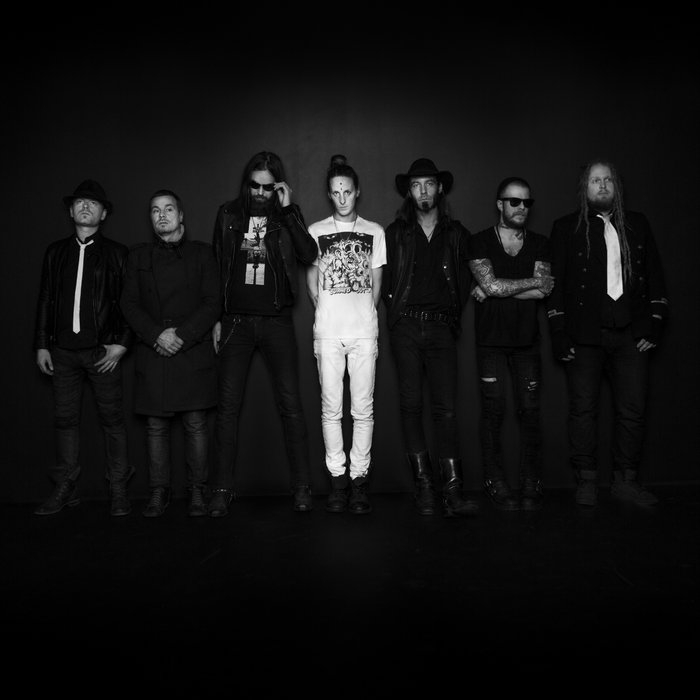 If there is one thing the music scene in Iceland is known for, it's interesting collaborations and unexpected, often brilliant results. That may well be an understatement for the new split 7" collaboration between two Icelandic acts that defy categorization: Sólstafir and Legend.

Sólstafir, who AllMusic referred to once as "Robert Smith playing Krautrock in a fjord," does a long, post-metal version of one of Legend's best tracks off Fearless: Runaway Train. The result is a haunting mixture of rock, pop, and post-everything angst that high-lights singer Addi Tryggvason's unmistakably unique vocal talents.

Legend does their own version of the Sólstafir mega-hit Fjara, on which ex-Minus frontman Krummi Bjorgvins sings beautifully. Choosing to do Fjara was perhaps ballsy, but Legend pulls it off with flare, making the rock anthem into a dark-pop number worthy of Depeche Mode or The Mission.

This profile is managed by the guys at Storming the Base. If you order from here your email will be added to their mailing list, but that's what you always wanted, right?

LEGEND is an Icelandic dark electronic rock band. The band's frontman, Krummi, is no stranger to the music world, having catapulted post-hardcore act Minus to deals with Sony, Victory Records, Smekkleysa, and One Little Indian. LEGEND's debut album Fearless was released to astonishing reviews, including comparisons to what reads as a who's who of modern music. ... more

Bandcamp Daily  your guide to the world of Bandcamp

Guest hosted by Tamar Osbourn aka Collocutor and Toshio Matsuura.